The world’s tallest observation wheel ‘Ain Dubai’ will open on Bluewaters Island before the start of Expo2020 Dubai celebrations in October. Bluewaters Island is one of Dubai’s latest developments, which opened in late 2018. 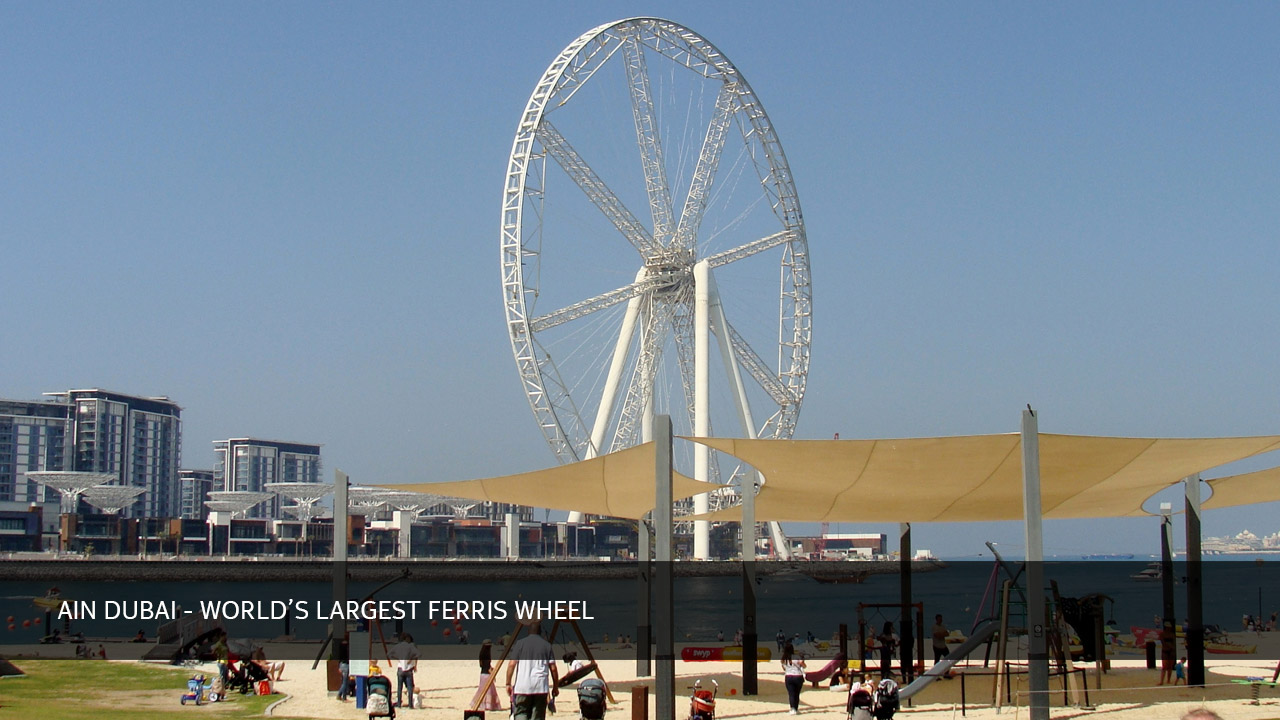 Ain Dubai, stands more than 250m tall on Bluewaters Island, is more than 80m taller than the current record holder, the 167m High Roller in Las Vegas.  Ain Dubai is almost double the height of the world’s third tallest observation wheel, the London Eye, which is 135m.  Ain Dubai sets the limit of what’s possible with modern engineering and construction.

The wheel is made of 192 cable wires, totalling 2,400km, the same distance between Dubai and Cairo. The weight of the Ain Dubai wheel rim has 192 spoke cables, the weight of the rim is equal to 16 Airbus A380 superjumbos which ensure the structural integrity of the wheel through the process of permanent compression.

About 9,000 tonnes of steel was used in the construction of the wheel, which is 25 per cent more than the amount of iron used to build the Eiffel Tower in Paris.  Around 30 buses could fit inside each leg supporting the wheel, which will carry 48 passenger capsules with a capacity of 1,900 people.  The weight of each permanent spoke cable that holds the wheel rim in place is 5 tonnes.  Cumulatively the eight steel spokes and rim braces weigh more than 5,000 tonnes.

Home to Caesars Palace, Caesars Resort and Caesars Residences, Bluewaters Island is accessible from the mainland by a road bridge from Sheikh Zayed Road, as well as a 15-minute walk using a pedestrian bridge from The Beach.

An observation wheel is a large, rotatable wheel mounted on a central support structure with cars mounted to the rim of the wheel that always remain upright, typically due to gravity.  Observation wheels are usually found in cities and on fairgrounds.  Due to their height and slow movement they generally provide an impressive view over surrounding areas.  The wheel turns continuously at relatively low speed so that it’s possible for users to get on and off the cabins in the bottom section while the wheel is turning.

Let us plan your next trip to Dubai so you too can experience the world’s tallest observation wheel Ain Dubai. 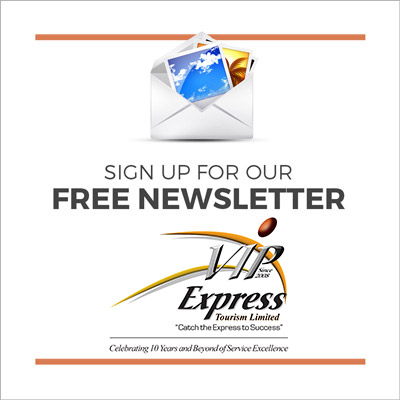